I was one of 24 international sculptors invited to participate in this years symposium in Changsha, China. We all had sent models so that the work could be started and when we arrived many found their sculptures nearly finished. My blocks were untouched. I carved these two monumental figures during the one month of the symposium. I saw the hotel and the work site and little more. I enjoyed my interactions with the other artists, all of whom were wonderful. The food was magnificent! I left never seeing it assembled. They assure me I will receive photos when it is installed in the Wetlands Sculpture Park in Changsha.
Above is a video of the symposium in China, and footage of John at work and explaining his philosophy.  Although the audio of the film is mainly in Chinese, it is worth watching until the end, as John and one of his fellow artists both add English commentary.
At the airport in Shanghai I met 3 of my colleges, 4 aging artists waiting for a flight to Changsha! The next morning I met the rest of our crew, 19 in all, a wonderful mix of men and women, highly professional and most of them knew each other from past symposiums so there was a lot of built in camaraderie. i knew two of the artists from my years living in Europe. The Hotel was amazing, the food delicious. They drove us everywhere in a private bus. The driver was a pro and may have had some sort of state protection. He wove the bus through heavy traffic, honking his horn, passing on sidewalks without ever hitting anyone. Changsha is huge, skyscrapers everywhere and more being built.

My concept was the combining of two blocks of marble to each show a separate figure.  The two blocks fit together to form the Chinese symbol for "Human." It is similar to an "A" without the cross bar. into each leg "A" I had planned on carving the nuclear family. The male on one side and the mother and child on the opposite leg. On the work schedule only 25 days were work days. That gave me only twelve and a half days per block. I learned my first Chinese word "feng kuang", "crazy." I would have to rough out in three days, carve in seven to have two for finishing. I brought air hammers and chisels, thank goodness, but no disks. They offered me a granite disk. Fortunately an artist from New Zealand lent me a marble disk or I never would have finished. I got an assistant who worked the first week with me. I cut and he pounded off. We lived in a cloud of dust. It was very hot. By this time I had begun to find my figures. I needed to go slower so I sent my assistant away. For the next two weeks I attempted to carve out these figures making constant adjustments to my crude initial cuts. I had to get my anatomy working. I never went on any of the field trips. I saw only the work site and the hotel. I was exhausted. The final week they brought me another assistant. He had come from far away but was a trained figurative sculptor. He had brought an assortment of disks and spinning tools. I put him to work and kept on carving. He had never seen an Italian air hammer or someone like me carving. I had never seen anyone carving and finishing with disks. We got along wonderfully. I stayed one step ahead of him and together we pushed through to the end.
Images of the Changsa project as it evolved. 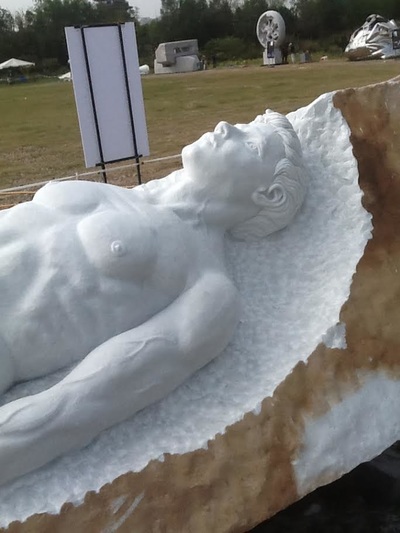 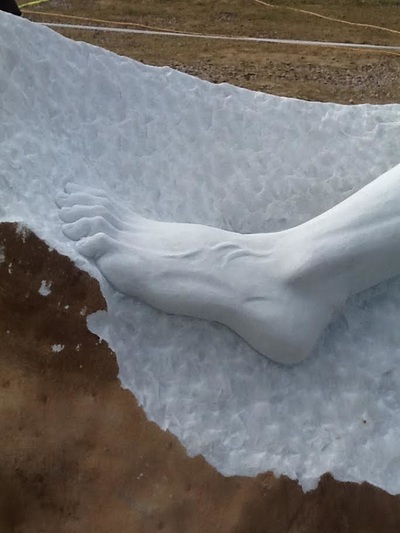 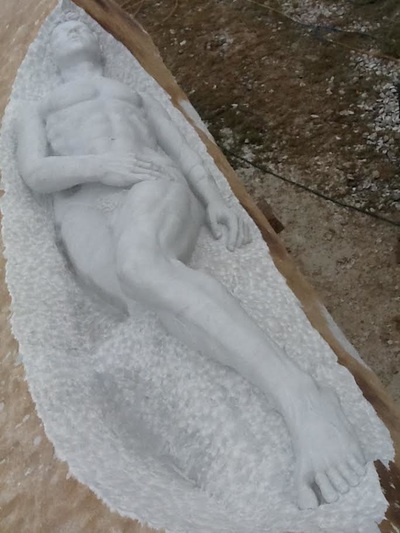 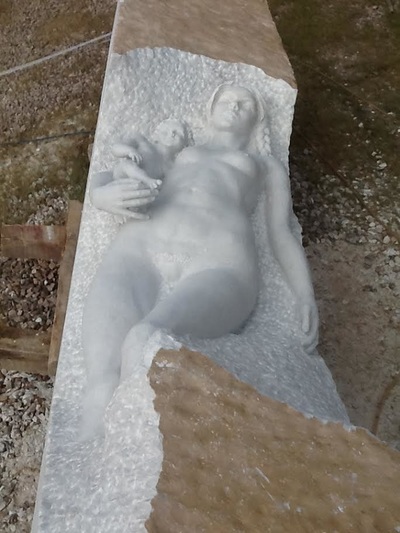 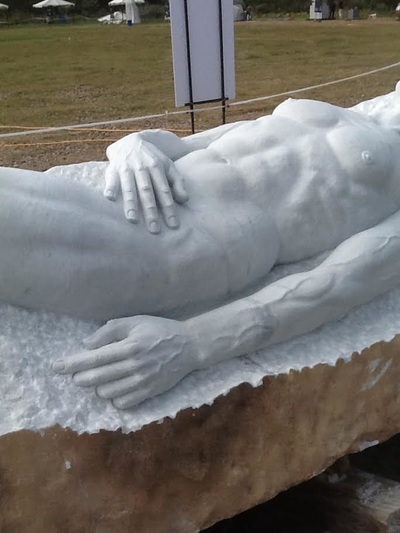 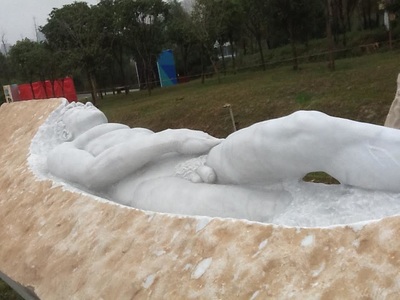 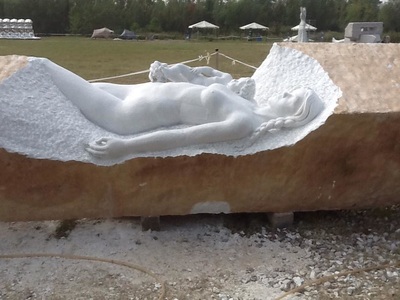 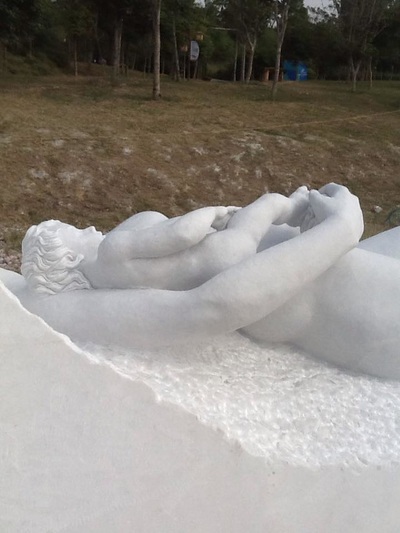 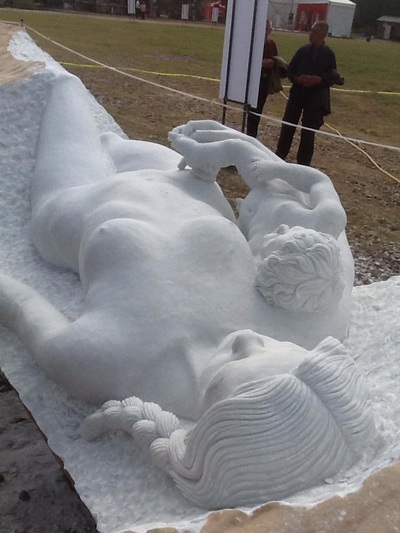